Domestic cattle markets remain very strong. Saleyard prices have managed to again stave off downward pressure from export markets and a rising Australian dollar. The question is how long can they hold on?

There was little change to supply in the last week of June. On the East Coast both slaughter and yardings were down just 1% each from the levels of the week prior. Queensland yards saw an increase in throughput which was counteracted by a decline in NSW and Victoria. Northern yards reported a larger presence of southern export buyers and restockers in search of quality, which added to the competition.

The Eastern Young Cattle Indicator (EYCI) gained 10 cents for the week to settle at 764¢/kg on Thursday (Figure 1). The National Heavy Steer Indicator held its ground at 366¢/kg lwt, but there was little interest in this type in NSW where Heavy and Medium Steers lost 26-30¢ .

Export markets continue to show nerves of a deflating market. The 90CL frozen cow indicator dropped 6% to land at 705¢/kg in AUD last week. With China reaching its annual import quota for Australian  beef, the duty on beef will increase to 12% for the remainder of the year. The higher Australian dollar won’t be helping our product either which would be looking rather expensive compared to just a few weeks ago.

South eastern parts of the country saw some light falls over the past week, but the short term forecast isn’t anything inspiring. However the three month outlook is still suggesting a lot of rain is on its way with a 50-70% change of exceeding median rainfall for most of the country over July to September. 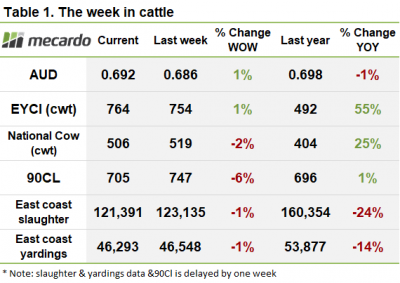 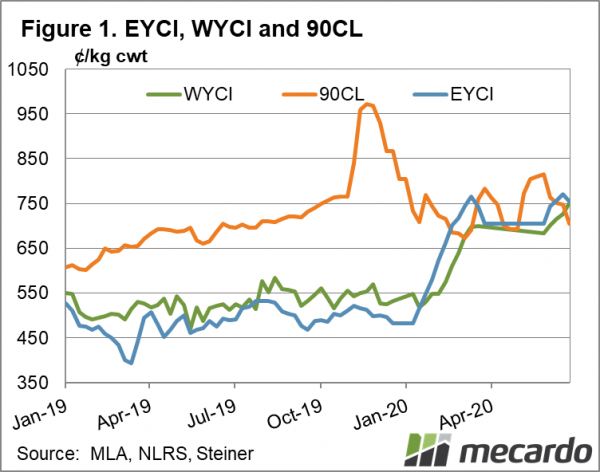 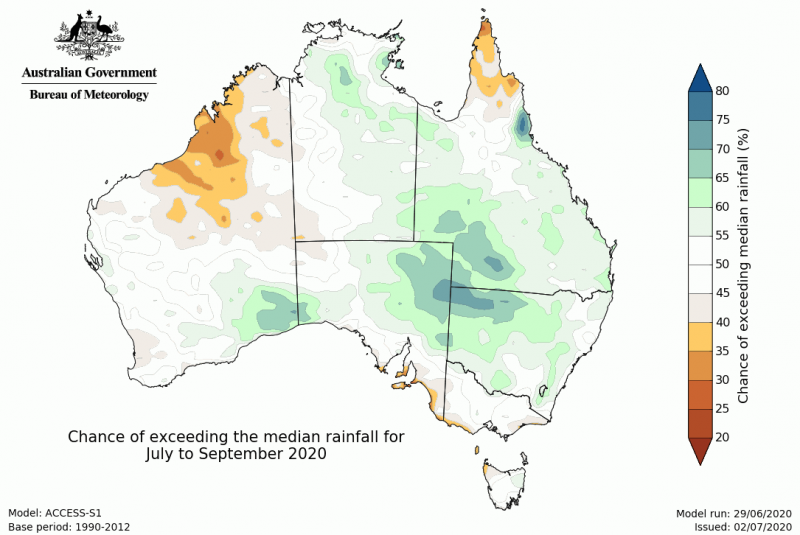 The prospect of some decent rainfall over the next few months may keep lending support to saleyard prices but there are some dark clouds in the form of a higher Australian dollar and the likelihood of softening beef export prices that will catchup with domestic values at some point.